Who do You Trust


"Have I not commanded you? Be strong and courageous. Do not be terrified; do not be discouraged, for the LORD your God will be with you wherever you go."      - Joshua 1:9 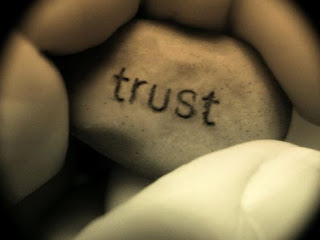 The turning of the page so to speak in the Israelites flight to the Promised Land.   Moses had passed away without crossing over the river Jordan and experiencing the joys and abundance the Lord had promised.  Joshua was now to take the reins and lead the children of God into the land God had prepared for them.  Just as Joshua needed to hear from the Lord that day, as I’m sure the emotions were high and the task at hand seemed overwhelming, we need to hear it as we face the challenges in our lives.

God’s promise was clearly articulated to Joshua on that day.  Joshua 1:5, “No one can stand against you all the days of your life. As I was with Moses, I will be with you.  I will never leave you nor forsake you.”  - I’m sure Joshua took that to heart.  I mean if the God of the Universe told me that no one could ever defeat me, I’d be walking pretty tall and confident.  Regardless of what challenge he came upon or who threatened his life or his purpose, he knew without a doubt that God was his protector.  But it required Joshua to be very strict in following the law handed down to Moses, and to meditate on it day and night.

How much more so are you in need of God’s promise to walk with you daily and be your protector?  I surely have fallen at moments in my life when I was fearful and in need of a certain, strong provider.  Drawing on the faith that only through God can a situation be resolved, forces one to reflect on His promises to us, similar to His promise to Joshua.  Do you recall in Matthew 28:20, “…surely I am with you always, even to the very end of the age.”  These were the words from Jesus to His disciples to encourage them after His death and resurrection.  This same spirit that was given to the disciples is available to you and I, if we so chose to accept and grab a hold of it.  Also, I’m sure you’ve heard Paul’s words to the Hebrews, in the 13th chapter the 5th verse “… Never will I leave you, never will I forsake you.”  The same claim from Joshua 1:5 is recalled here by Paul in his epistle to the Hebrew nation, not by co-incidence, but carefully thought out and perfectly structured to encourage them and us 2000 years later.

We need to hold true to these promises of Jesus Christ and those of His disciples recorded in the New Testament.  God is our provider, our comforter, our strong tower and our protector.  He will stand before us against all enemies and protect our rear from evil that might approach unseen.  You can trust in God’s promises to His children just as Joshua did as he led them into the Promised Land flowing with milk and honey.  Pass them on to your children, and their children.  The God of the Universe is with you everywhere you go and will not forsake you.

Get Off the Sidelines 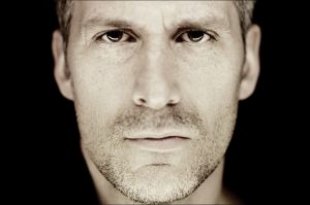 Many have been tossing around this scripture as a word for the current state in America.

"if my people, who are called by my name, will humble themselves and pray and seek my face and turn from their wicked ways, then I will hear from heaven, and I will forgive their sin and will heal their land." 2 Chronicles 7:14

Who are "my people, who are called by my name" referenced in this scripture?


Considering it is from the Old Testament, a word from the Lord to King Solomon (son of King David), my understanding is that it would reference the children of Israel. Continuing in 2 Chronicles 7:19-20 . . .
"But if you turn away and forsake the decrees and commands I have given you and go off to serve other gods and worship them, then I will uproot Israel from my land, which I have given them, and will reject this temple I have consecrated for my Name." 2 Chronicles 7:19-20
So what makes American's believe that 2 Chronicles 7:14 references America? I believe we are a Christian nation, not because God has ordained America as such, but because our founders as a collection of individuals, who based on their faith, put forth the values of freedom, diversity, peace, unity, respect, truth, upholding the law and love for our fellow man as the foundation for this country. These values align hand in hand with those values of the Christian man.  But, be clear that a Christian in Bangladesh, China, Brazil, Canada, UK, Germany or any other country has these same principles. So, what makes us believe that God has had his hand on our country and not theirs?
My belief is God has His hand on His people, which after the life, death and resurrection of Jesus Christ, the Christian nation (worldwide) is grafted with the Israelites into this group of people. Not based on the boundaries of our nation, but by the belief and commitment to Him and Him alone.
Has God removed His hand from His people? No, He has not. The perception of Americans as a "Christian nation" has caused us to believe that He has, because we are feeling the pressure of the evil of this world more than we ever have in the past. In the last 20 years we have allowed this evil to grow as we have slowly removed God from the school, the courthouses, businesses, conversations, life/death decisions and so much more.  So, in recent times we are seeing the result of these actions, as described in 2 Chronicles 7:19-20.  In taking this scripture (2 Ch. 7:14) to a global scale though, God’s hand is very much still on His people.  More people are coming to the Lord in countries all over the world including Africa, the Middle East and the Far East; where individuals are passionately seeking His truth as the escape from this evil.
God's hand is still on His people, but because many of today’s "Americans" tend to focus more on ourselves than we do on Him, it certainly feels like He has removed His hand from those of us in America.  We have allowed this to happen and yet it still seems as though it has snuck up on us over time.  Many times we turn a blind eye to what is going on and leave it to others to deal with on our behalf.  It is this complacency that has brought America from where we started to where we are today.  If you feel that God has removed His hand from America, than I must ask, what are you going to do about it?
Just like our fore-fathers, you must get involved.  Sitting on the sides will not resolve the problems we face today.  I propose that we stand up.  Take a stand for the truth that is at the very heart of our countries foundation.  Stand up for your fellow man, love others, take your eyes off of yourself and look to help your brother, your sister and your neighbor.  Work hard at fighting back against the wave of evil that is spreading throughout our society and lift up the wisdom of God as our supreme guidance rather than the wisdom of man.  Focus your prayer life on the Church, the Government, the education system and the media; that God will make Himself visible and known there.  Standing on the sidelines and watching it happen around you is representative of your willingness to accept the outcome, which may be even farther away from God than it is today.
If you aren’t engaging others with this conversation, than I suggest you begin doing so.  We control our actions to promote and stand up for God’s Kingdom.  They can’t take that away from you, but they will continuously try.  Become a warrior for Him and He will keep His hand on your shoulder the whole way.

What are your feelings, thoughts and advice in regards to the situations we are facing?How can I help you strengthen your walk, your faith, your prayer life?
Posted by 10 Minute Reader at 3:47 PM 0 comments