g“God is not unjust; he will not forget your work and the love you have shown him as you have helped his people and continue to help them.”  – Hebrews 6:10

There was a gentlemen who was struggling with an area of his life and he had pent up frustration and aggravation with God. He had a faith in Christ for years, but was recently feeling abandoned by his Savior. Where had God been in this area of his life to allow the pain and loneliness to set in. For years, this gentlemen had helped the homeless in his spare time. He went out of his way to ensure that one of his families friends, (a single mother with 3 children), was always taken care of regarding food and utilities. This man had mentored teens away from a troubled life and introduced many people to the Christ that he loved so dearly.

With these and so many other accomplishments he had impacted the lives of hundreds of people in the name of Christ. With this report card in his back pocket, he was completely caught off guard when a letter came that shook his spiritual life. His faith was rocked, so to speak, by news in that letter and he found himself blaming God that night and ever since. This feeling that God had abandoned him sank more deeply into his mind and spirit.

This man could easily be you or your husband, brother or friend. His situation is no different than that of millions of people every day. Not one of us is immune to painful and hurtful situations. Your spouse has an affair, your kids are doing drugs, you have an accident which leads to a law suit and you lose everything, you lose your job and can’t find another, the list goes on. It’s easy to fall into a feeling of self-pity, and look for someone to blame when struggles fall upon us. It’s just as easy to turn away from God in anger, disappointment and resentment. After all, how could he have let you suffer when you have done so many good things.

Have you ever been there? We read in Hebrews that God will not forget all that you have done for others in His name. God is just and will keep His promise to you. It states a few verses later: “imitate those who through faith and patience inherit what has been promised.” These struggles are to remind you whom you are placing your trust in. He instructs us that we are to continue to be faithful, patient and diligent in our efforts on His behalf. Through these struggles we are given the opportunity to strengthen our walk with the Lord or to turn away from it and rely solely on our own inherent ability to deal with them. I propose the maker of heaven and earth has a better plan than you do. Be blessed.

How Can It Be?

Where were you when I laid the foundation of the earth? Tell Me, if you have understanding"  Job 38:4 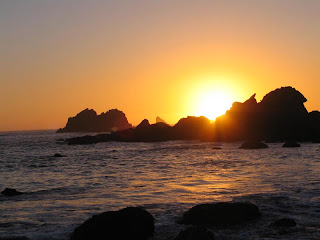 Think, don’t react, just think for a moment about everything around you.  Take a look at the trees, the bark on the trees, the heartwood and sapwood inside of the tree, the budding flowers as new leaves are formed, the roots stretching far underground and of course the leaves on the trees.  It draws nutrients from the soil, water from earth and from the sky, carbon dioxide from the air and distributes all of this throughout the entire ecosystem of it’s structure so that every part gets exactly what it needs to survive.  It’s branches grow toward the light, it’s roots extend in every direction to provide strength and support, it’s leaves fall off and are recreated and each one is unique in it’s design.  Tell me who designed this infrastructure and ecosystem so perfectly.  Was it Pascal, Isaac Newton, Charles Darwin, Aristotle, Socrates  . . . . .   You get my point, right?

We know the formula for water, but can we create it?  Can you tell me how to create a single grain of sand or dirt?  Where do I go to learn how to create wood?

There is a Creator of everything that makes up this incredible sphere called earth, and the universe around us.  He spoke it into being.  There was nothing but an expanse, He spoke and it began.  He is the only one who has created water, soil and air.  He formed the trees, the rocks, the mountains and the depths of the oceans.  He created light from nothing, to shine through the darkness.  The perfection of everything around could not just happen in such intricate detail to sustain itself in perfect harmony.

Why do we continue to believe that we are here simply by happenchance?  Look at the oceans and the perfect flow of water to the pull of gravity and the rolling waves of the tide as it comes in.  Look at the sky in it’s infinite depths and realize that though we believe we know how far it stretches, there is no way to be sure we have seen it all.  How were the stars so perfectly placed and the the planets in an exact orbit around the sun, so as not to burn up or freeze.  The grains of sand along the shores are so numerous that man is unable to comprehend the number of such magnitude.
If indeed you continue to believe that the perfect environment for our life cycle on this planet called earth was random, then I say there is something that has blinded your acceptance of the truth.  I will always believe and can never be convinced otherwise, regardless of my age, that we were created by God with unbelievable, intricate detail, just like the air, water, beach and sky.  There is nothing about the human that is not known by Him.  He has created us to do amazing things.

It’s time to recognize that God is God, and He made you perfectly because He doesn’t make mistakes.  You may feel unworthy of His love and attention, but you are mistaken.  For His love for you is unquenchable.  Today is your day to make use of everything He has given you.  So begin by acknowledging that He is the Creator of all things and that He indeed has a plan for you.  Today is your day to do amazing things.
Posted by 10 Minute Reader at 10:38 PM 0 comments